Every Just Add Power Transmitter and Receiver - 2G and 3G systems - has the ability to generate a small thumbnail image of the video data currently being displayed. In addition to being a powerful troubleshooting and diagnostic tool, Image Pull provides a more powerful user experience by giving the control system the capability of displaying a preview image inside the user interface.

Image Pull was introduced into the 2G/2G+ platform with a firmware update in version A5.21D on February 28, 2014 and is included in all releases after that date. This firmware can be applied to any Just Add Power 2G device built as early as September 2010.

A Layer 3 configuration - created by JADConfig - is required to take advantage of this feature.

As of firmware B2.x.x, Image Pull is enabled by default. 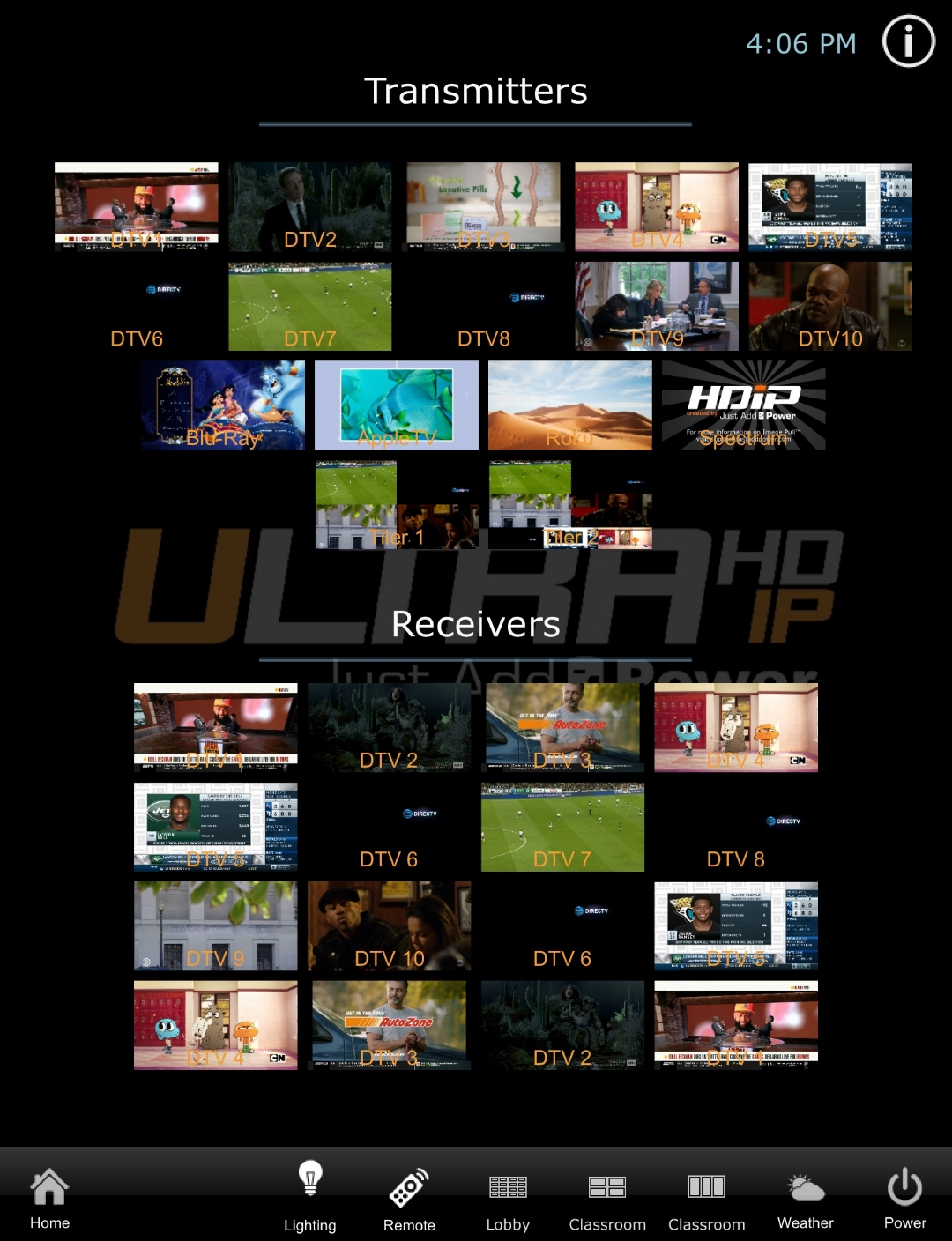 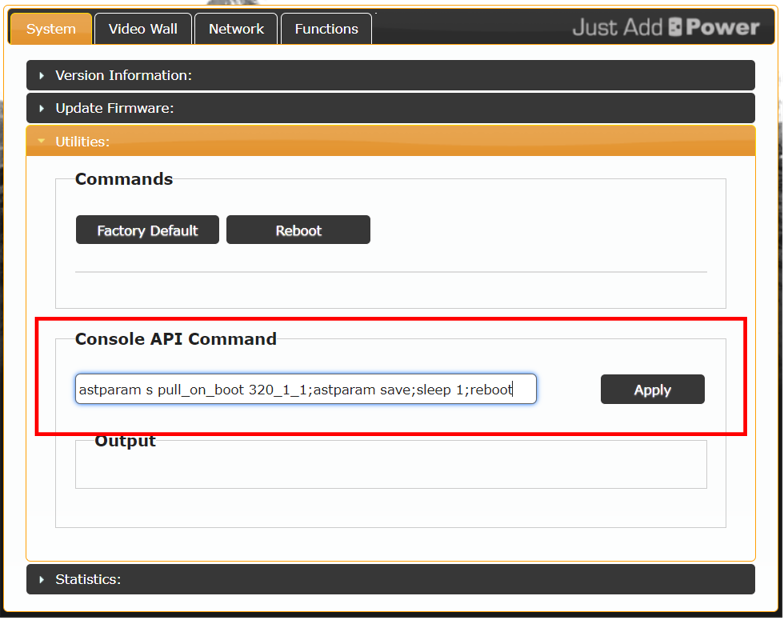 To disable Image Pull, go to the Console API Command box in the web interface and enter:

To enable Image Pull temporarily (will stop once the device reboots), TELNET (must be sent via telnet and not through the Console API in the web interface) to the Just Add Power device and enter:

Notes on using the Command form:

To get to the Image Pull file, access the IP address of the Transmitter or Receiver and the file location pull.bmp