It is first important to know that 3G Ultra and 2G Omega devices can run at 1080p and are compatible with existing 2G systems. Bridging options are intended for existing 2G systems that want to add 4K video without replacing the 2G system. If this is not an existing 2G system and there is need for UltraHD/4K, the system should be specified with 3G Ultra hardware.

For customers who initially invested in the Just Add Power 2G platform and are now looking for a way to migrate toward or add 4K sources or displays into their systems, there are some bridging options to ease the transition and protect the customer's investment in their original 2G system.

Some cool things to know about your client's existing 2G system:

1. The same managed Gigabit switch that is being used for the 2G system can also be used for 3G gear. There is no need to purchase an expensive 10Gb switch like some other 4K network systems require. With Just Add Power 3G, 1Gb is all you need!

2. The same cabling infrastructure that works with 2G will also work with 3G! Because the 2G and 3G platforms are Gigabit network appliances (not baluns or fancy extension cords), the Cat5e UTP cabling currently in place will work great. There is no need to pull expensive 10Gb fiber runs to each video end-point.

3. The 2G Receivers will still send all of your current 720p and 1080p sources to your clients' 4K TVs. No upgrades are required if the resolution is not 4K! 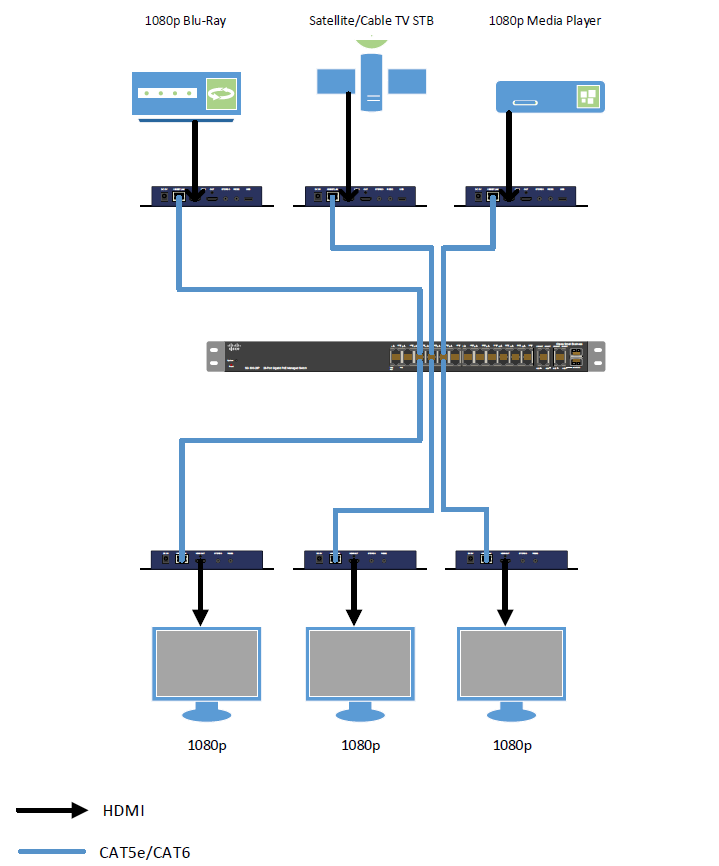 To upgrade the home theater system to 4K, the first thing you will need to do is purchase a 4K Screen/Projector and one of the 4K Blu-Ray players.  You can add those two 4K devices to your existing Just Add Power 2G system with the addition of one 3G Transmitter for the 4K player, and one 3G Receiver for the 4K Screen/projector. 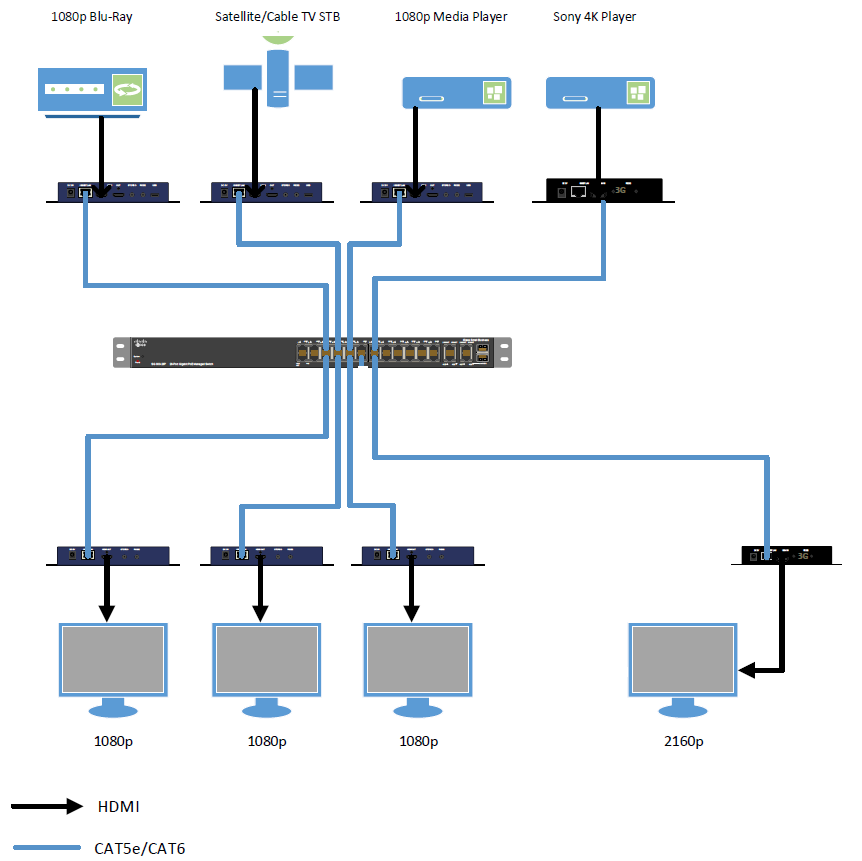 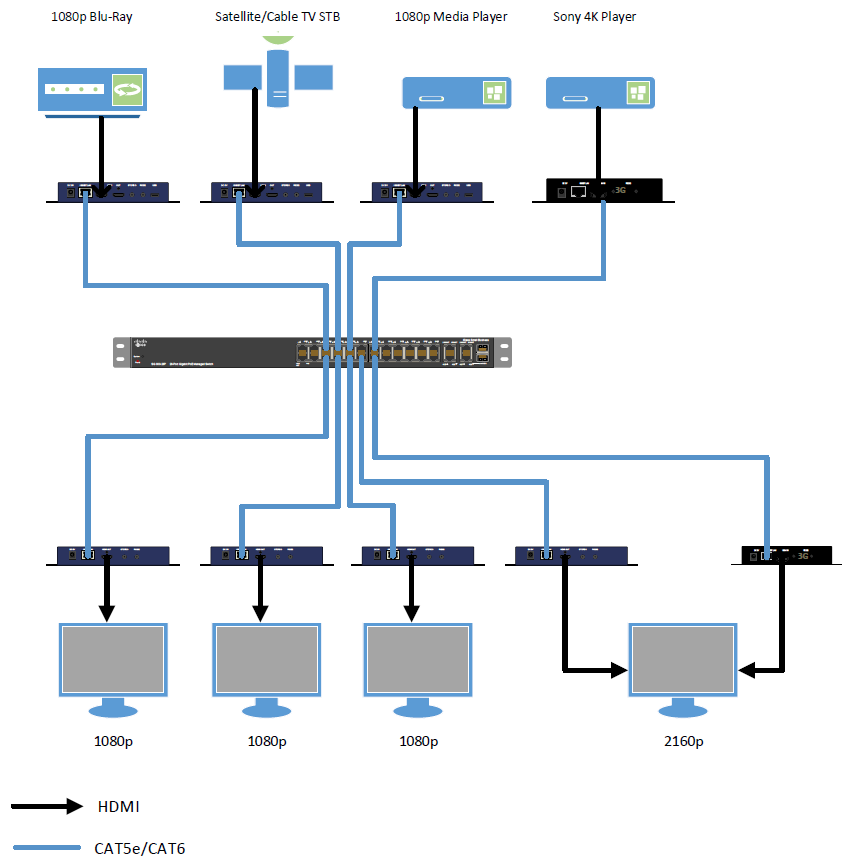 Because your client purchased a Just Add Power system, you have an option to bridge the 4K player to be an available source to all of the existing TV’s in the house, even though they are not 4K HDMI 2.0/HDCP 2.2 capable.  All you need to do is purchase one more 3G Receiver which will be programed to output a 1080p signal compatible with the other displays in the home.  Then, plug that 3G Receiver’s HDMI signal into a 2G/2G+ Transmitter and simply expand the Just Add Power matrix to make that 4K content viewable on every screen in the home. 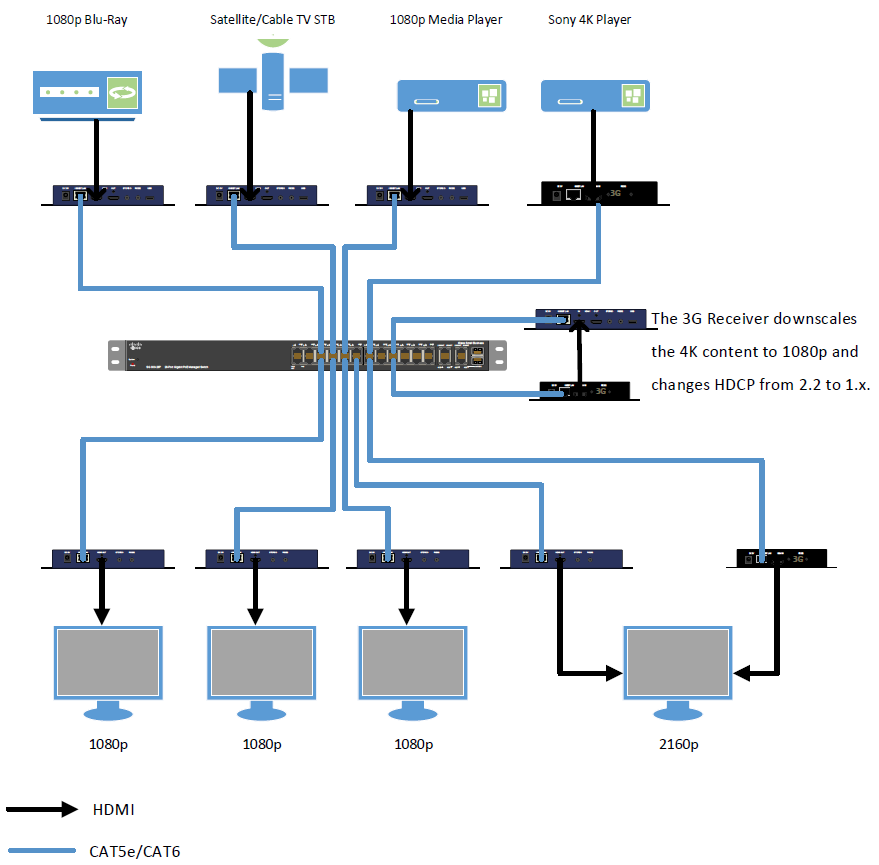 Finally, adding a bridged 2G RX to feed any of the existing sources to a 3G TX will allow multiple 4K TV s to watch the legacy content. This eliminates the need for dedicated 2G RX on each of the 4K TV s. The 3G RX scaler optionally converts 1080p to 2160p to support instant seamless switching between 2G/3G sources. 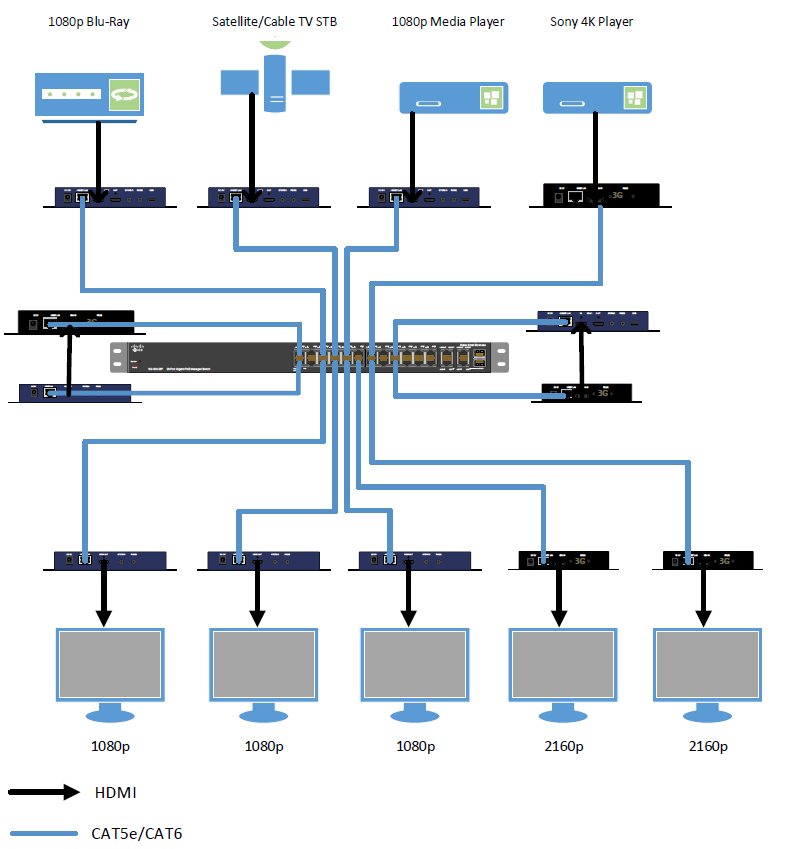 In some cases, bridging will not make sense. In these instances, you will want to start with all 3G to take full advantage of the powerful feature set of the 3G platform. 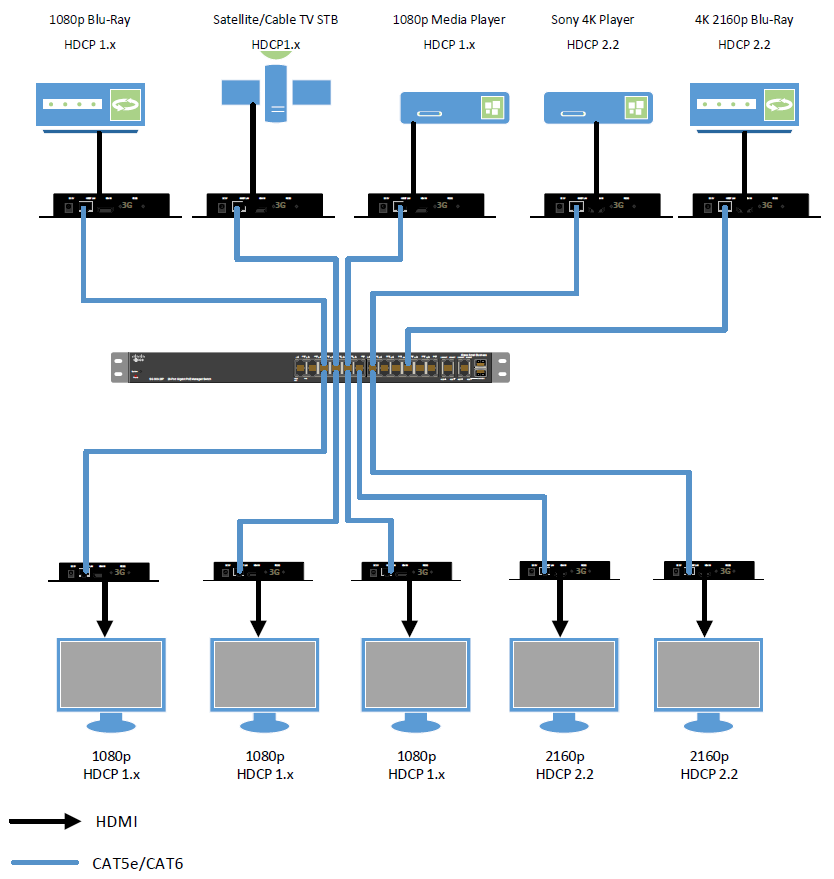