Adding a Device to a Configured System

When a Just Add Power system is configured - most often with JADConfig - ports on the managed Ethernet switch are setup to be connected to either a Transmitter or a Receiver.

Just Add Power often recommends that the switch should be configured for more Transmitters and Receivers than are currently present, with the expectation that the system will expand in the future.

Adding the expansion device(s) can be done in one of two methods.

Configure Switch and Devices through JADConfig in the same way that the system was originally setup. This will require:

Method 1 must be used if the switch was NOT configured with expansion Transmitter and Receiver ports in mind.

In order for the expansion device to communicate with the system, 4 things must occur:

Step 1 occurred when JADConfig configured extra Transmitter and Receiver ports on original setup. If additional ports were not configured or the system details are not known, then Method 1 must be used to add devices.

Steps 2-4 will be configured manually below. 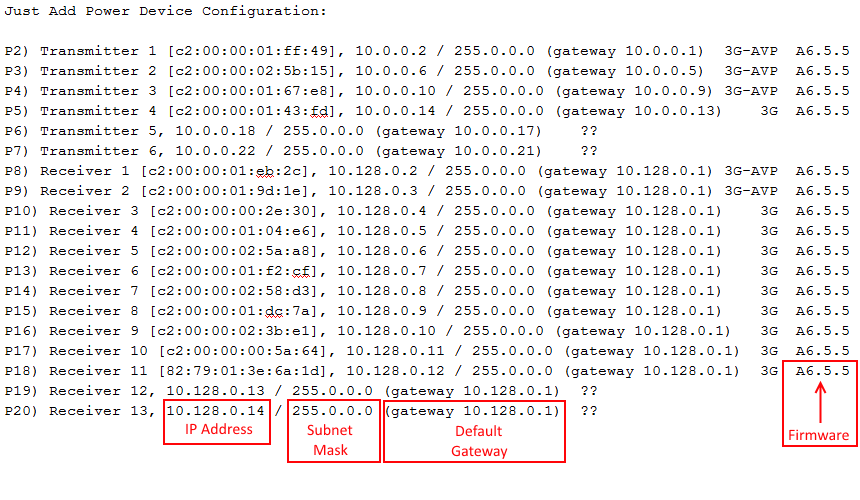 If you did not save the Report file, it is located on the JADConfig PC at \Program Files (x86)\Just Add Power\JADConfig\Reports named as the date and time that JADConfig completed.

Use the Report file to record these details about the expansion device based on the port it will be connected to. Expansion ports can be identified by the '??' at the end of the line.

Open JADConfig and select the Configure a Device option.

Select the wired network adapter from the Windows PC. 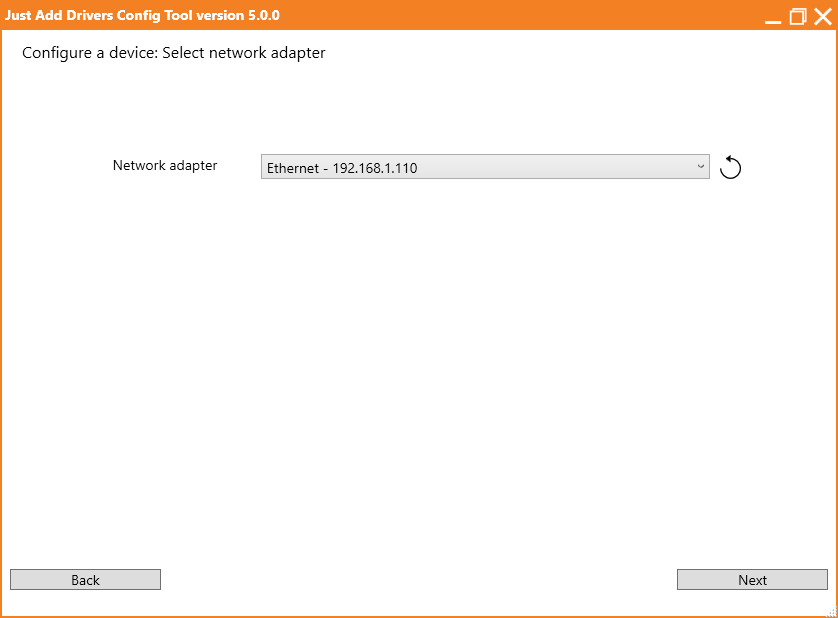 Select the device from the list of discovered devices. 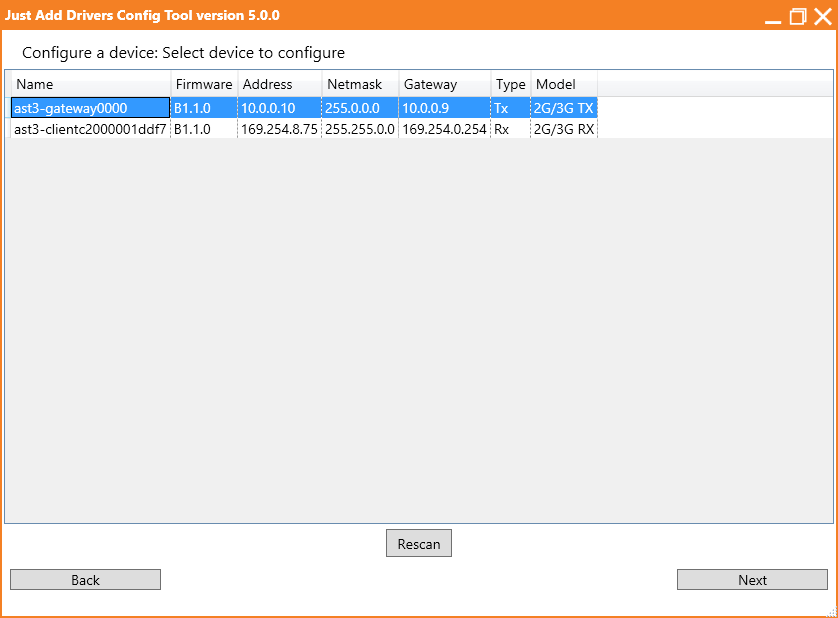 Select the J+P Lan and TX/RX Number based on the information from the JADConfig Report file. 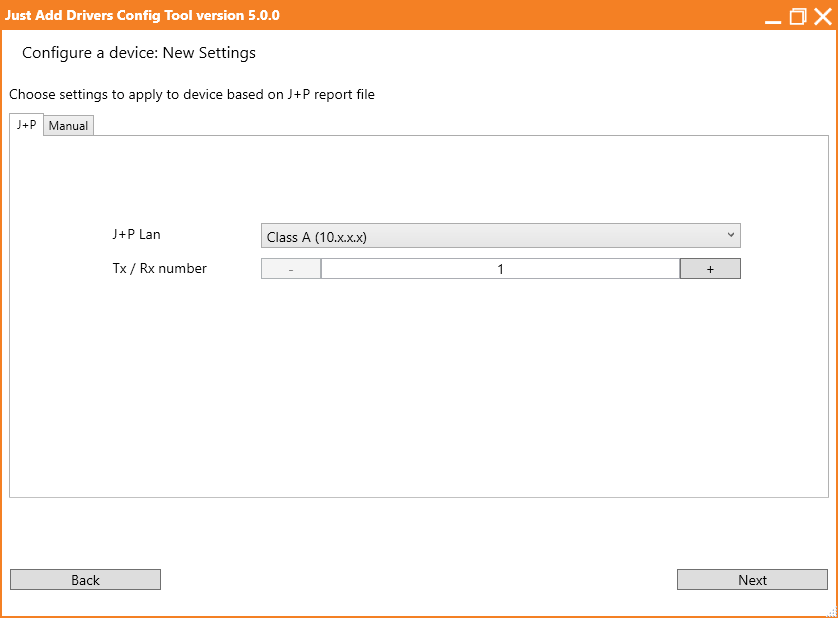 Select the Mode and the Firmware to be applied to the device. 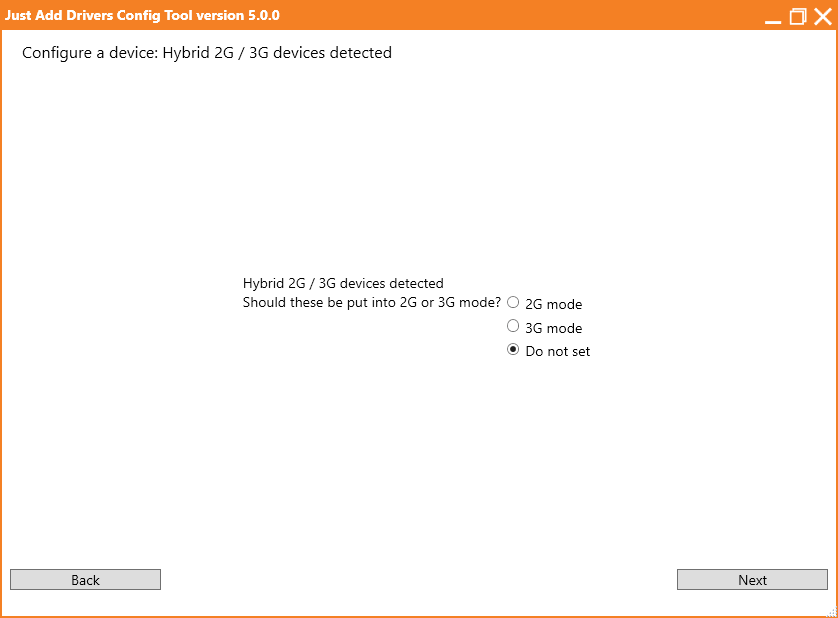 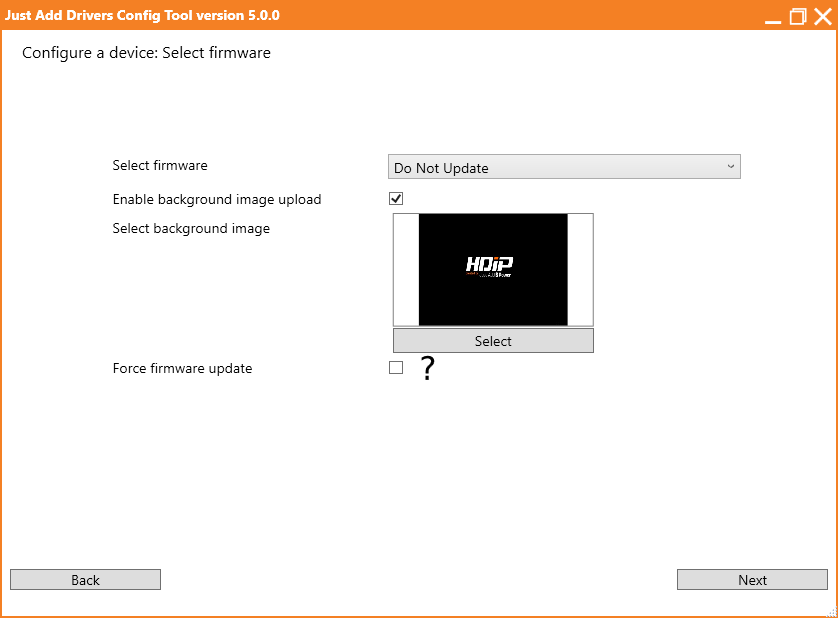 Once the device has updated, it will have an IP, firmware, and Mode setting that matches the rest of the system. It can be removed from the data port and connected to the port on the switch that it was configured for. The unit is ready to function.