AMP is the spiritual successor to JADConfig. If you were previously using JADConfig to configure systems, you can continue to use it for maintaining those systems. However, we recommend that new systems should be configured with AMP.

There are two types of systems that can be configured by AMP:

See Choosing A System to determine which type of system is best for the job site. 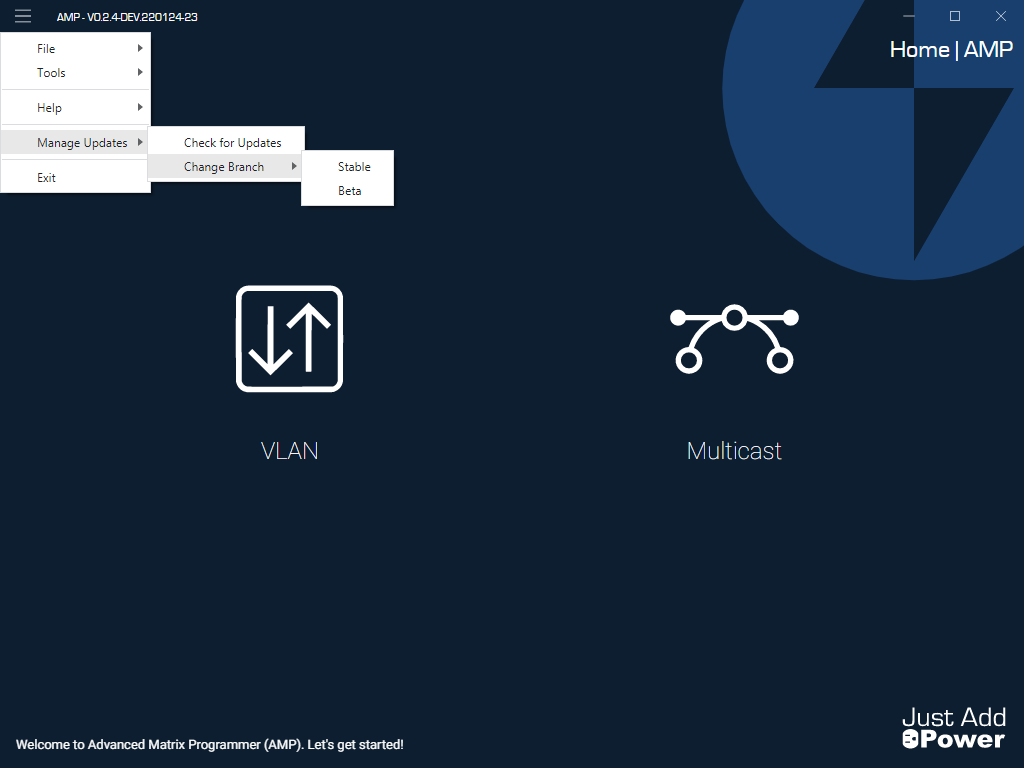 In a VLAN system you MUST use a supported switch, as AMP will configure the switch. AMP VLAN supports up to 63 switches in a system.

In a Multicast system you may use any switch that fits minimum requirements. You are responsible for configuring the switch; Just Add Power provides example profiles, but AMP does NOT configure the switch.