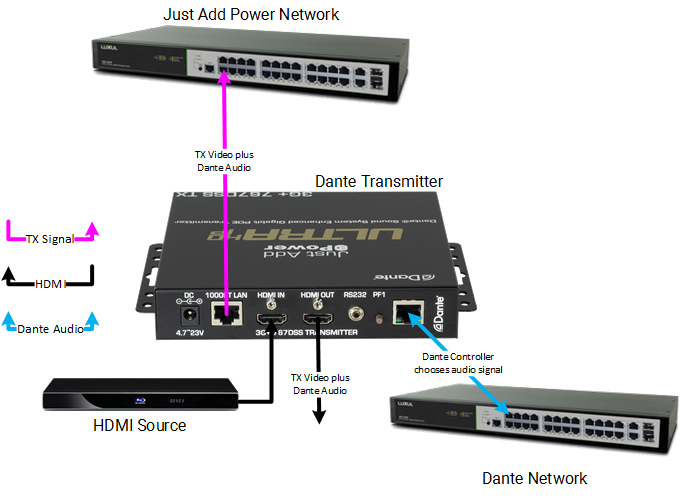 PCM, up to 8 channels

All rates are @ 24 bits per sample

Matching of Dante transmitters to Dante receivers is done through the Dante Controller. The Just Add power 767DSS is managed in the same way. 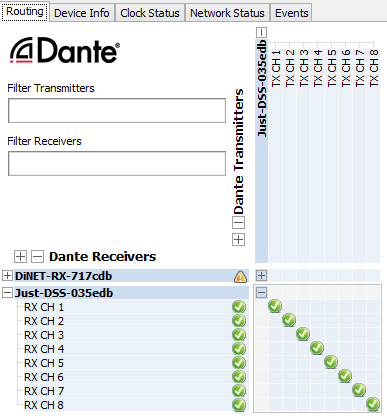 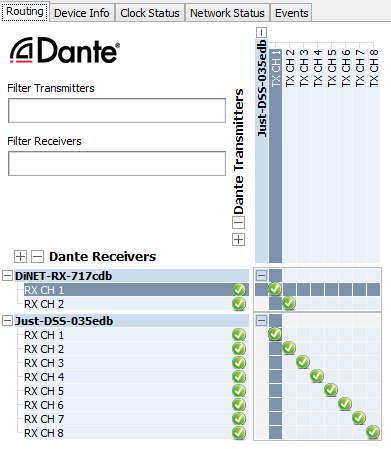 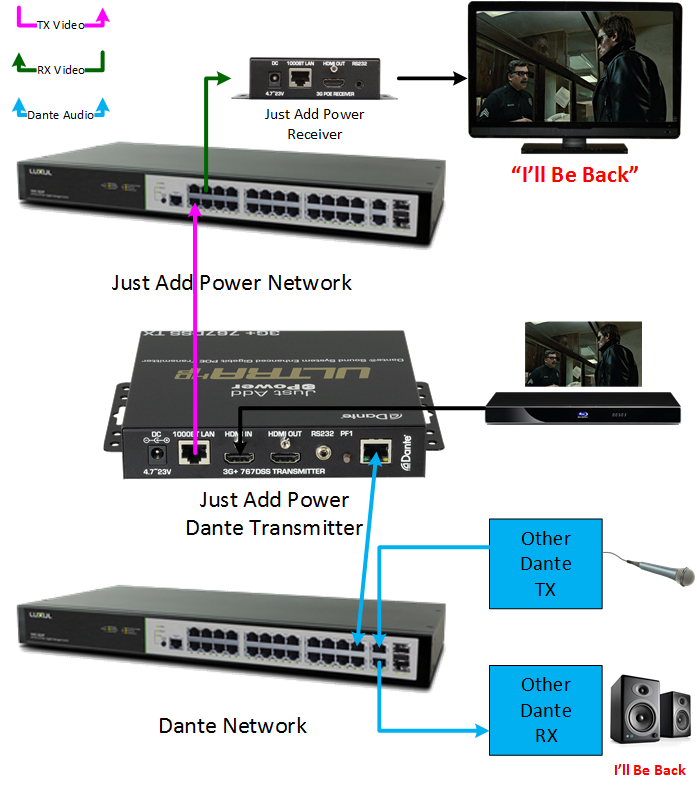 Up to 8 channels of audio from the Dante network can be sent to the 767DSS. Use the Dante Controller to set the 767DSS to listen to other Dante transmitters. 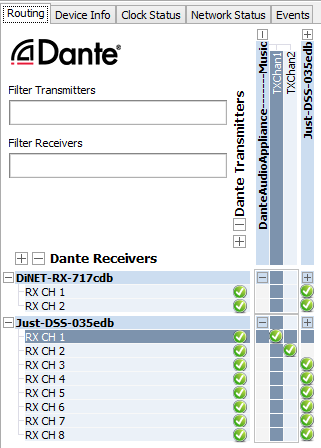 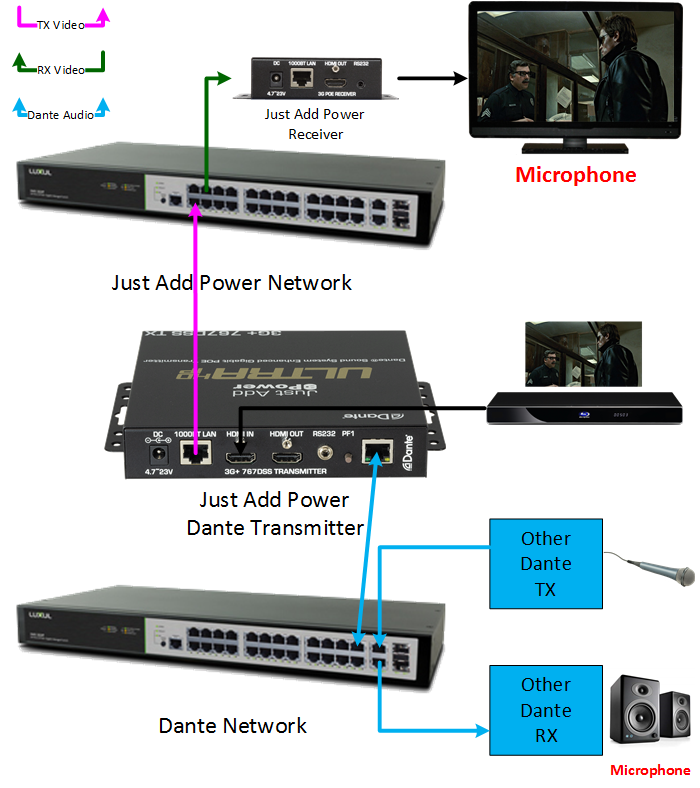