Transmitters will handle audio in one of three ways:

All Just Add Power Receivers can process all audio formats.

The Stereo port on a Receiver will only work if it is being sent a stereo-compatible format from the Transmitter.

Transmitters process audio differently depending on the model used. Choose the model of Transmitter that works best for the requirements of the source it is attached to. Mix-and-match Transmitters within the same system so all sources perform as needed.

For situations where the audio format of the Source is meant to be passed to the Receiver side in the same format as the HDMI out of the source, use any of these Transmitters:

See the diagram below for some examples: 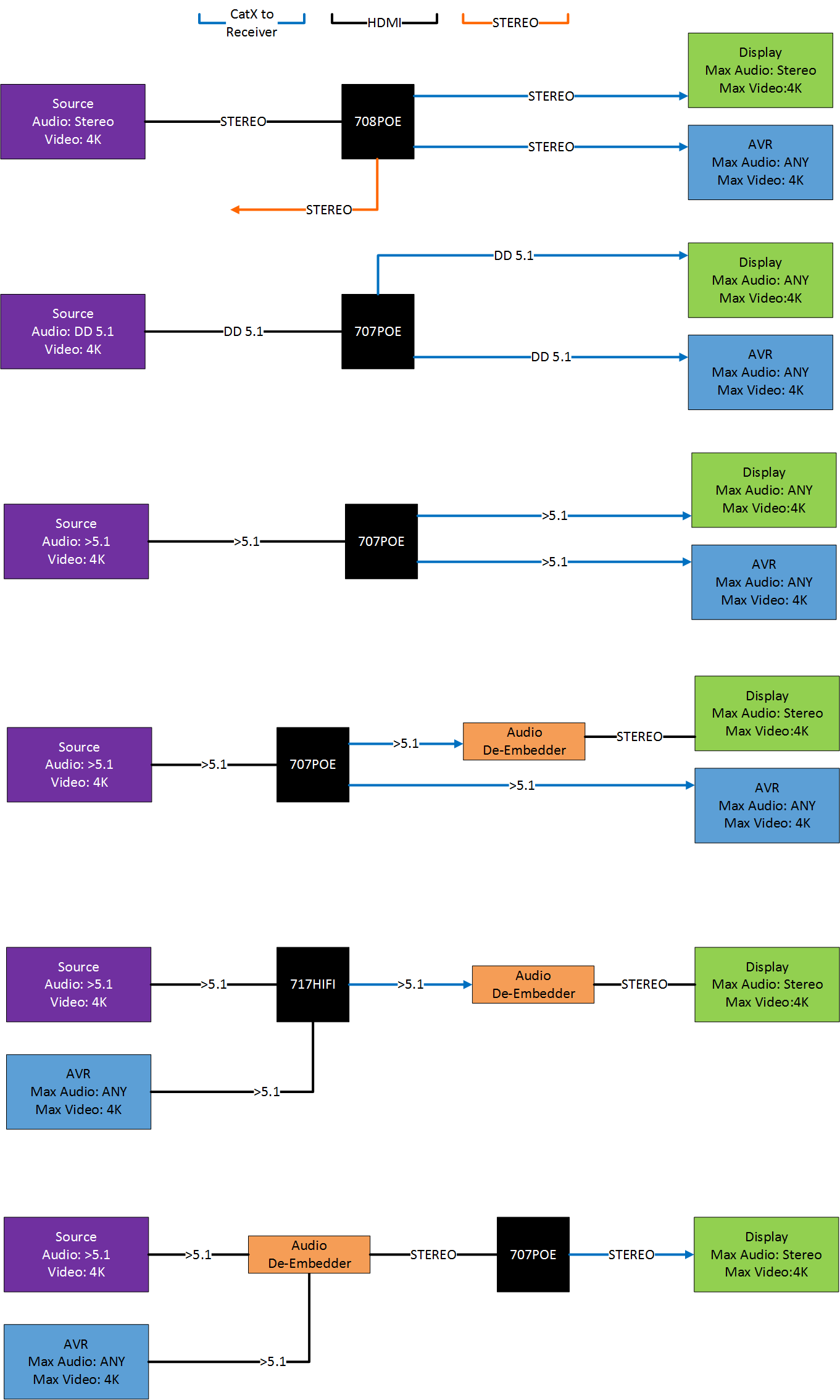 For situations where Dolby Digital 5.1 needs to be distributed to surround sound zones and stereo zones simultaneously, use any of these Transmitters:

These Transmitters use the Dolby Pro Logic II codec to convert Dolby Digital 5.1 to a stereo-compatible audio format. An AVR set to Dolby Surround will convert that signal back to the discrete audio channels.

These Transmitters are not capable of processing audio formats higher than Dolby Digital 5.1.

See the diagram below for some examples: 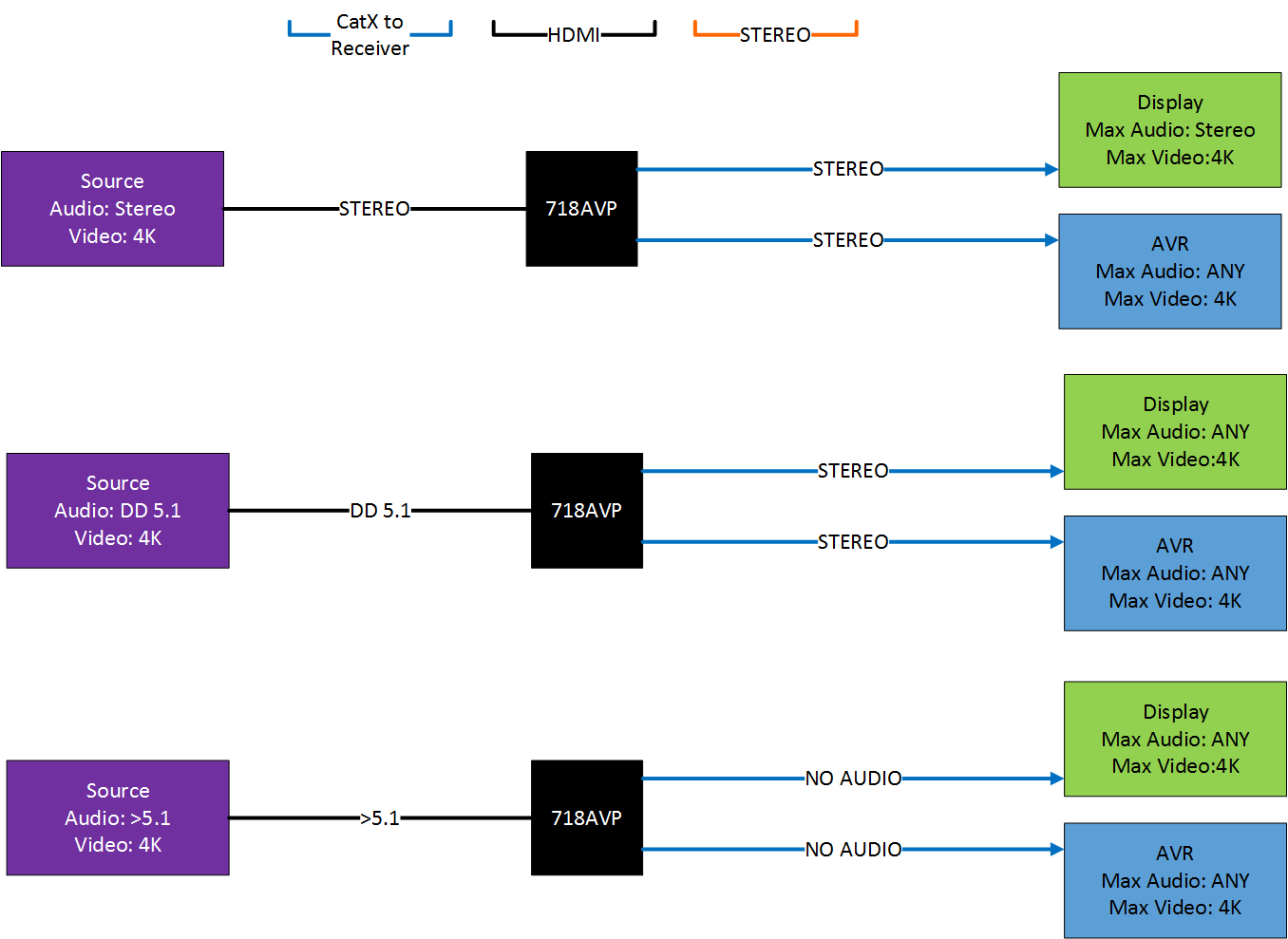 Just Add Power has one model that integrates with a Dante Sound System and accepts up to 8 channels of LPCM:

For situations where stereo audio distribution is done through a separate system, use one of these Transmitters: 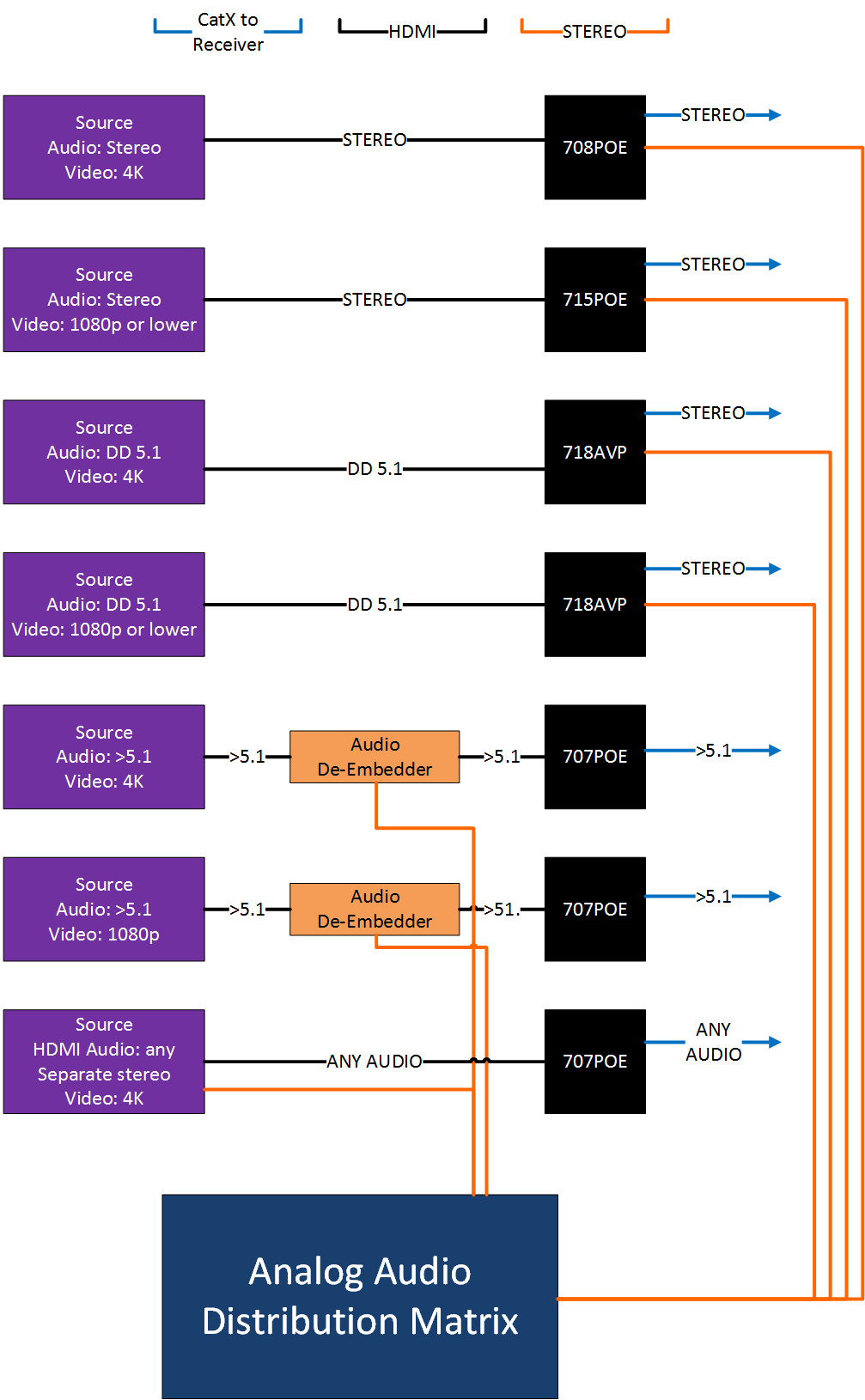