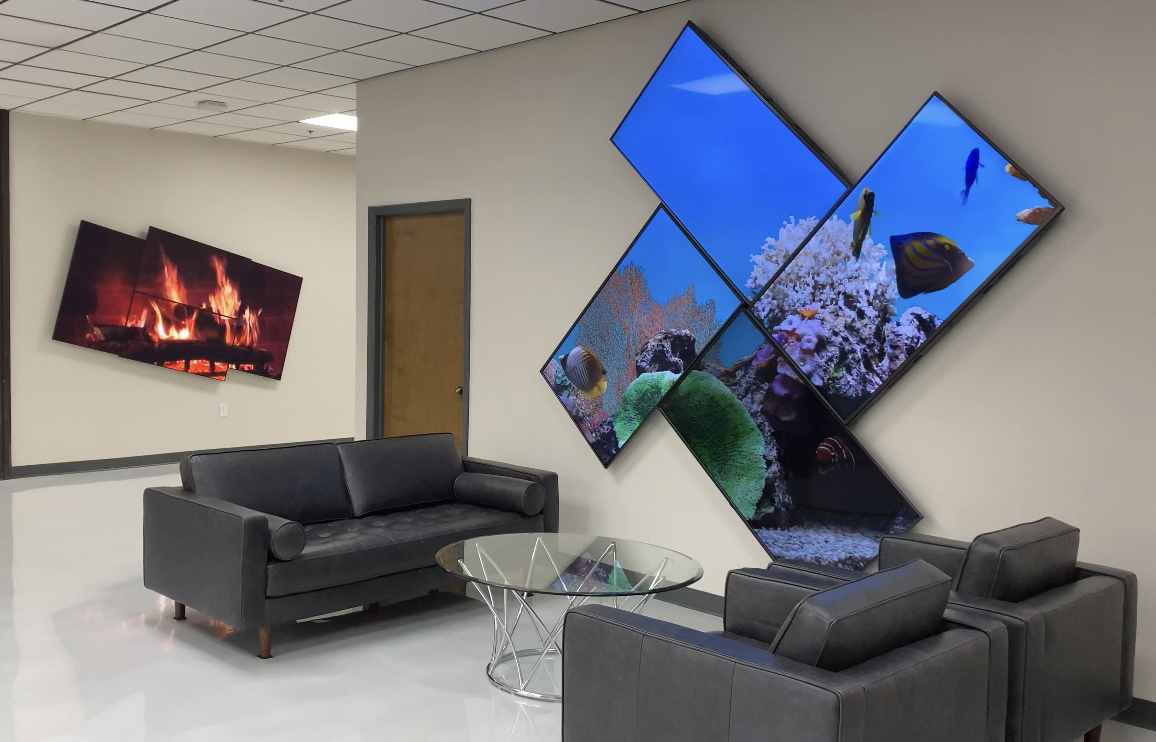 A Mosaic Video Wall consists of displays of different sizes and orientations. Displays do not typically cover 100% of the content area and content is customized specifically for that wall. With the addition of a single Warp Engine Transmitter to a system, a Mosaic Video Wall is transformed into an Artistic Video Wall that can be rotated to any angle from 0-359.9 degrees!

By contrast, a Standard Video Wall consists of displays that are the same size and orientation that display 100% of the content area. Standard video wall requires no special hardware to implement.

The Warp Engine Transmitter has two network ports that must each be connected directly to the network switch. Those ports consist of:

Treat the Warp Receiver network port like any standard Receiver and connect it to a switch port configured for a Receiver.

Treat the Warp Transmitter network port like any standard Transmitter and connect it to a switch port configured for a Transmitter. 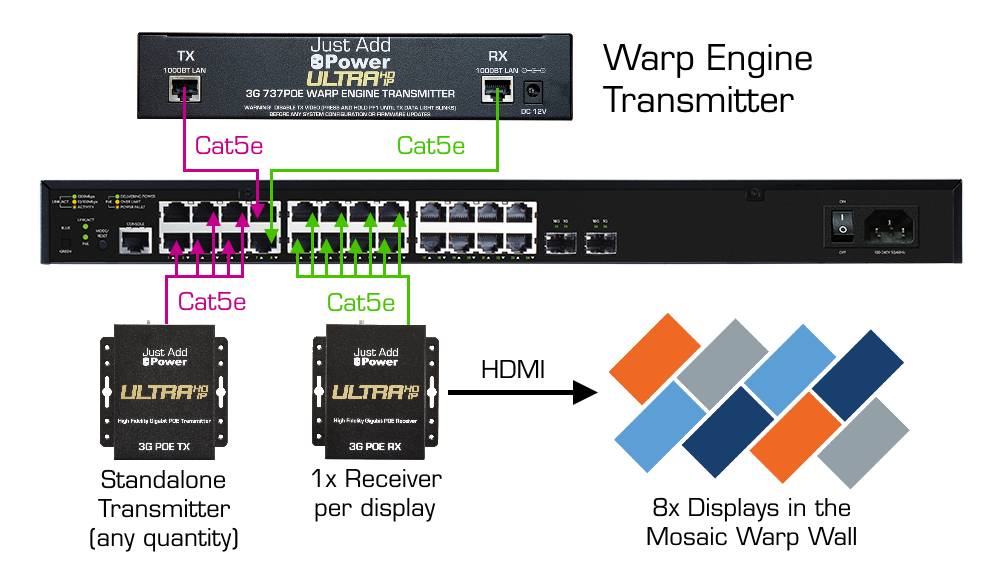 Mount the displays before taking any measurements, as any inconsistencies in mounting will need to be accurately measured.

Choose one edge of one display and use that as the "top" edge. The Artistic Video Wall is rotated with respect to the ground, but the edges of the screens are parallel to one another.

Any unit of measurement may be used. Only measure the visible pixel area of the displays; measure as if the frames do not exist. 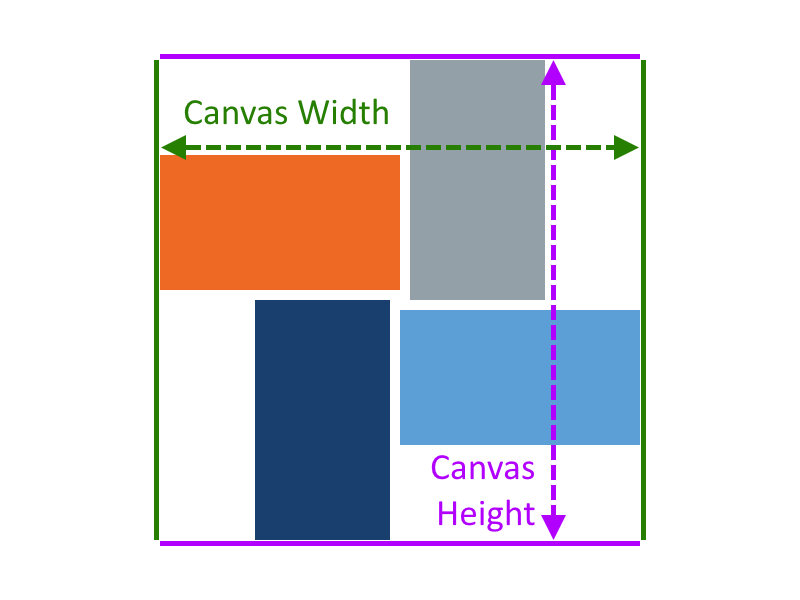 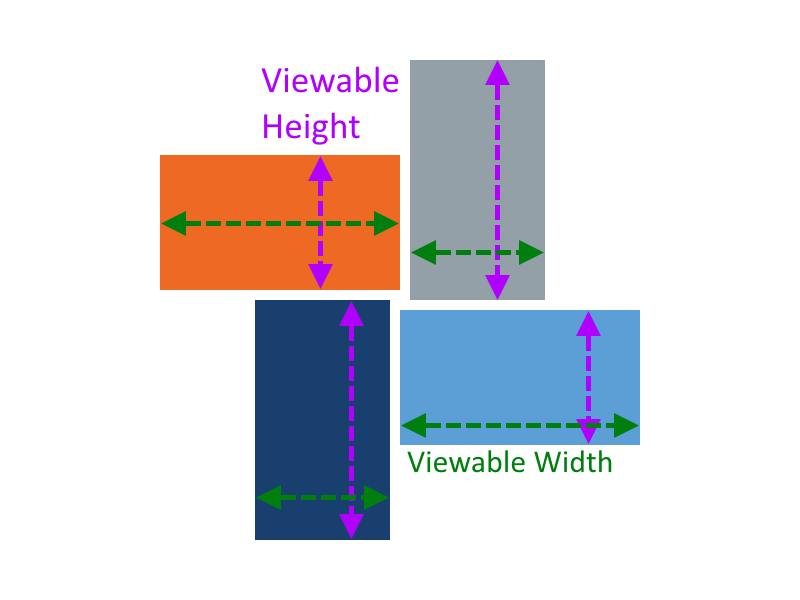 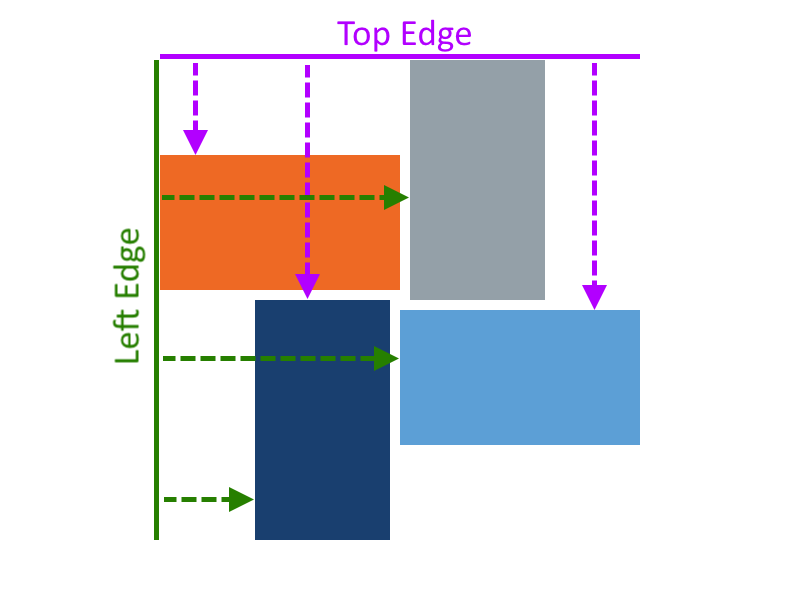 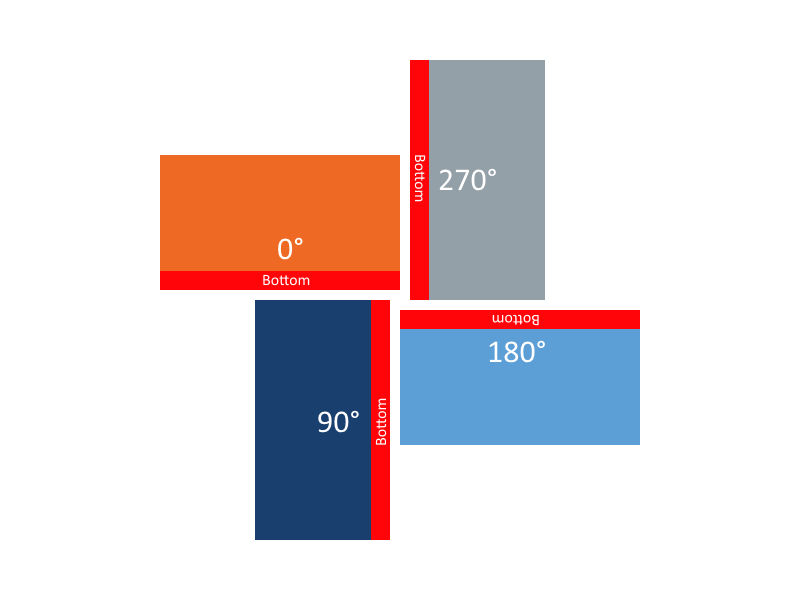 Example code with the measurements: